State Laws mandate that the Department conduct examinations of each financial institution and licensed lender and broker to ensure compliance with state and federal laws and regulations.

The New Hampshire Banking Department is committed to protecting the public’s interest through the professional supervision of the financial services it regulates.

Working in conjunction with the Banking, Trust Supervision, and Consumer Credit Divisions, the Legal Division investigates consumer complaints and unlicensed or unchartered activity. The Legal Division may commence enforcement actions against financial entities that violate state or federal laws or regulations. The Bank Commissioner has the authority to order consumer restitution as part of those enforcement actions.

The Operations Division supports the daily functions of the Banking Department. 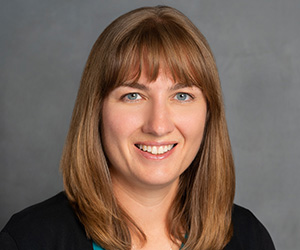 Emelia Galdieri is the Bank Commissioner for the New Hampshire Banking Department. She has worked for the Department since June of 2012; first as a hearings examiner for the Consumer Credit Division, later becoming legal counsel, and then deputy commissioner. Prior to working at the Department, Emelia served as senior law clerk for the New Hampshire Superior Court. In that role she worked closely with many Superior Court judges, including the Honorable James D. O’Neill, III and the Honorable Tina L. Nadeau, supervised all Superior Court law clerks, and drafted legal opinions.

Divisions at a Glance

History of the Banking Department

The New Hampshire Banking Department is an executive agency of New Hampshire state government charged with protecting the public interest by securing the safety and soundness of banks and credit unions, and by regulating non-bank consumer loan lenders and loan brokers.

The first act relating to the bank commissioners was passed in 1837 and was approved July 5th by Governor Isaac Hill. It provided for the appointment of three commissioners for terms of one year. Prior to 1837, examinations of state banks were performed by committees of the legislature.

Until 1881 the commissioners were paid for their examinations by the banks at the rate of two dollars per day and ten cents a mile for travel. Subsequently the per diem was increased to three dollars, and in 1885 to five dollars. Salaries were first authorized in 1889.

The Small Loan Division was created in 1961. The division was responsible for the licensing and supervision of small loan companies and retail seller and sales finance companies. The division is currently referred to as the Consumer Credit Division and is responsible for licensing and supervising nonbank first mortgage lenders and brokers, mortgage loan servicers, mortgage loan originators, small loan companies, retail sellers, sales finance companies, money transmitters, and debt adjusters.

The Banking and Trust Division conducts examinations for safety and soundness of New Hampshire chartered banks, credit unions, trust companies, and family trust companies. The division processes and reviews applications for bank and trust charters, branches, ATMs, merger transactions, interstate acquisitions, and other corporate activity. The Division publishes a corporate activities listing, compiles data for inclusion in the Annual Report of the Bank Commissioner, and responds to inquiries from state and federal regulators, financial institutions, and the public. The Division investigates and facilitates the resolution of consumer complaints about the entities it supervises.

The Consumer Credit Division licenses and supervises nonbank mortgage lenders, brokers, and loan originators, mortgage loan servicers, small loan companies, retail sellers, sales finance companies, motor vehicle title lenders, payday lenders, money transmitters, cash dispensing machines, and debt adjusters. The division examines these entities for financial soundness and for compliance with state and federal laws and regulations. The division processes registration and license applications and works with the Nationwide Mortgage Licensing System (NMLS) to approve and administer a variety of license and registration types. The division compiles data for inclusion in the Annual Report of the Bank Commissioner, and responds to inquiries from state and federal regulators, financial institutions, and the public.

Office of the Legal Counsel